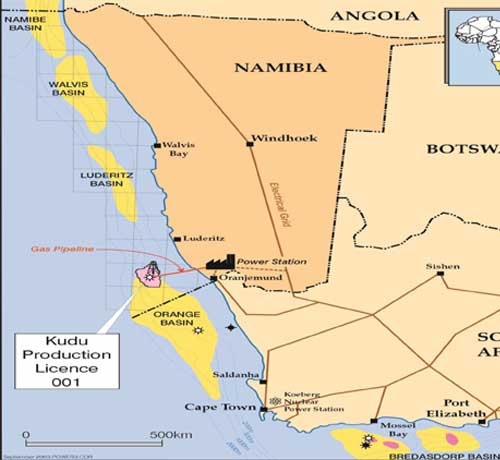 Combined Cycle Turbine of Kudu gas field in Namibia: USD 1.1 billion project, the turbine will operate the Kudu gas well, a Namibian offshore gas field, located about 150 km northwest of the town of Oranjemund. A plant with a capacity of 800 MW will increase the domestic capacity to reduce imports and the energy gap of the economy. The opening of the first plants is scheduled for 2018. 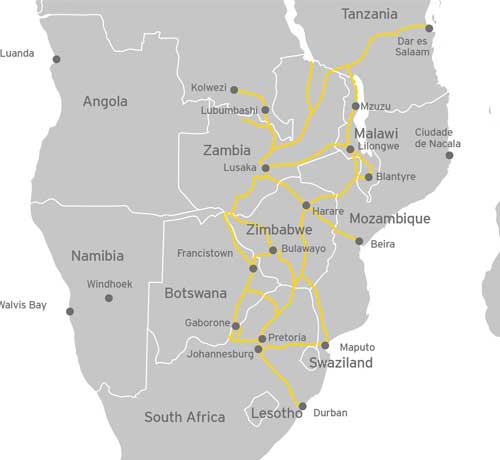 The North-South Corridor in South Africa: This road of more than 10,000 km and US$1 billion cost should link eight countries in Southern and Central Africa (From South Africa to Zambia and the DRC, then from Malawi to Botswana). The goal is to strengthen cross-border trade and tourism in the region. Funding from the development partners, respective governments and the World Bank. 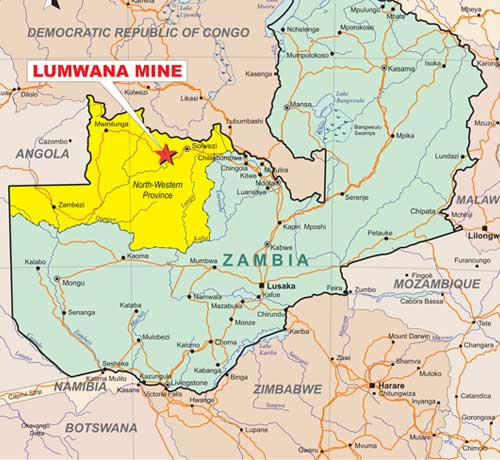 Lumwana Mine in Zambia

Combined Cycle Turbine of Kudu gas field in Namibia: It is a copper mine, located in Zambia’s North Western Province. It is one of the largest copper mines in Africa. It has two main deposits; Chimiwungo and Malundwe. The project cost over ZAR 4.3 billion. The mine has over 3.3 billion pounds of copper and has an operational lifespan of 37 years. 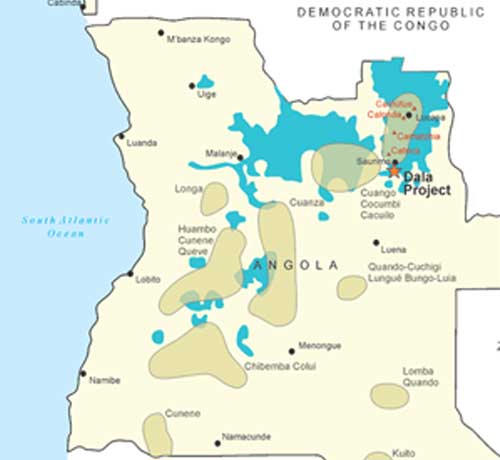 Catoca Diamond Mine in Angola

The fifth biggest diamond mining project in the world: It is found in Lunda Sul Province, Angola. It contributes six percent of diamond production in the world annually. In 2012, it produced 6.7 million cataracts of diamond. It started commercial exploration in 1993. The mine is operated by Sociedade Mineira de Catoca which is owned by Angola’s diamond company, Endiama, AOA Alrosa of Russia, Sonangol EP of China and Odebrecht SA of Brazil. 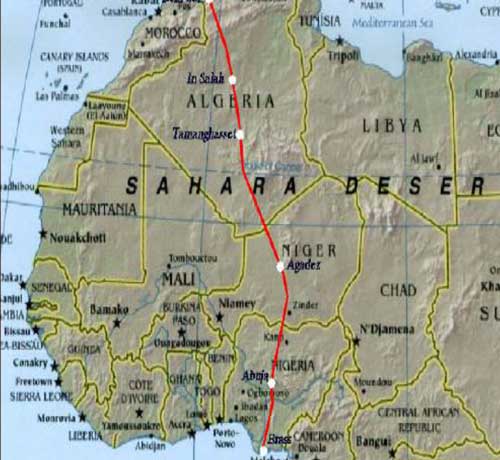 NIGAL pipeline to diversify the EU's gas supplies: This proposed Trans-Saharan Gas Pipeline is part of the New Partnership for Africa’s Development, launched in 2001 by the African Union. A 4,300 km pipeline should transport annually between 20 and 30 billion cubic meters of natural gas from Africa to European markets. It will go via Nigeria, Niger and Algeria.